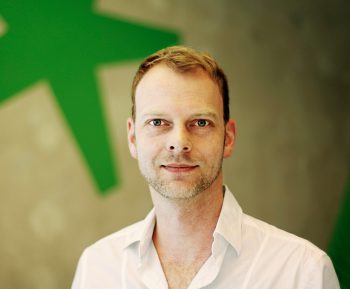 Carsten studied, after his apprenticeship as a carpenter, architecture in Berlin and Barcelona and worked in various architectural practices in Berlin and Rotterdam, such as Neutelings & Riedijk, ::dan pearlman and GRAFT.

2009
Founding of SPAR*K together with Gunnar Krempin and Malte Schröder
2007 – 2009
Employed at GRAFT Gesellschaft von Architekten mbH
2005 – 2007
Employed at ::dan pearlman markenarchitektur
2004
graduation at the TU Berlin, employee in various architectural firms in Berlin
1996 – 2004
study of architecture at the TU Berlin and ETSAB/Barcelona

Gunnar started his career as a trained carpenter and foreman in Germany, and as a logbuilder in Canada. After the years of practical construction experience and traveling, he studied architecture at the TU Berlin / Germany and the TU Delft / Netherlands. During his studies, he began working in architectural offices such as NOX / Lars Spuybroek and realities:united where he not only could meet with first success in urban and architectural design, but also could gain experience in built art projects and media design. Gunnar also worked with GRAFT on several projects of different scales, from interior to large-scale urban design.

2009
Founding of SPAR*K together with Carsten Dankert and Malte Schröder
2007 – 2009
Employed at GRAFT Berlin
2007
Graduation: Diploma at the TU Berlin
2005 – 2007
Employed at NOX / Lars Spuybroek Rotterdam and realities:united Berlin
2000 – 2007
Study of architecture at the TU Berlin / Germany and the TU Delft / Netherlands

Former and current employees from 2009 until today: